TPN have received a letter of thanks from a hotel group in Poland who are hosting hundreds of refugees from Ukraine. Once again, thank you all for your generous contributions – in offering goods, transport, or assistance of any kind. As you will ready, it’s very much appreciated.

Thanks a lot for your help. The gifts made an impression. Amazing amounts.

With our group, everything will come in handy. We have almost a month of our guests and we don’t know how long it will take.

We also send transports by buses with gifts to Ukraine and on the way back new people come to us.

We would like to thank The Pallet Network for your help and support in achieving the noble goal of helping people in need of care and support. Thank you for big and open hearts, for understanding, empathy and care.

Such a large number of gifts sent to us will help us a lot in our everyday life.

Currently, our activity is focused on helping refugees from Ukraine. In our three hotels: Maria Helena in Wałbrzych, Maria Helena in Szczawno Zdrój and Maria Antonin in Zagórze Śląskie, we have welcomed over 700 guests, for whom we try to provide a substitute for a family home and a peaceful sleep, without the sound of bombs, without fear and anxiety. We make every effort to ensure that both adults and children experience our true Polish hospitality, in this complicated and very difficult time for them.

The road to normalcy is still a long way, but we are lucky that many people, companies and economic entities are actively involved in aid activities.

Therefore, we would like to thank you once again for every gesture of goodwill, for financial and material support, for your time, for effective cooperation and sharing good. We are grateful and touched by your commitment.

Thank you for helping us!
Remember that good returns!
Violetta Mercik 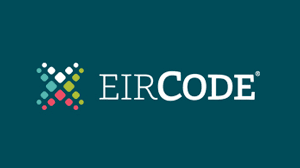 Our yellow vehicles might be best known in the Emerald Isle, but TPN is fast gaining a reputation as the company to go to for international transport. “Imports from the UK have increased massively over the last two years,” says John Donnelly, who with Matt Flint and Paul Massey run the International Department. “we used to struggle to fill two double- decker trailers per night; now we handle three full double-deckers every day.”

“Although the improved economy has helped, the increased volumes have raised our profile, so people know about us and start coming to TPN for UK shipments. And some of the imports originate elsewhere in Europe, coming into TPN UK before being transferred onto trailers bound for Ireland.”

Export volumes are not quite as great, but over 100 pallets per night leave Ireland for the UK, compared to 150 pallets coming in from the UK.

“We’re starting to do more full loads, part loads, and out of guage freight. These jobs involve moving pallets, but we also handle non-palletised cargo such as machinery, which we move through external partners.”

And while shipments to and from the UK form the bulk of the International Department’s work, freight forwarding is also becoming an important source of revenue. Weekly services are offered to all countries in Europe in conjunction with partners, most of whom have had a long relationship with Independent Express and then TPN.

“Some partners cover a number of countries, such as Southern Europe, Benelux or Scandinavia,” explains Paul. “We develop good relationships with a wide range of international providers and as we carry out Irish distribution for them, they want to give us a good service.

“Most of the departures are on Friday or Saturday, but Monday and Thursday are popular too. We can run a groupage service on any day of the week, if there is sufficient demand. Germany is a big export destination for us, with Italy being a major source of imports.”

Deep-sea shipments are growing, too, with two or three customers importing from China every month, regular exports to the US and a number of exports into Greece and the UAE.

“We export a lot of seaweed for fertilising golf courses, especially to the US,” adds Paul.

Although the International Department is more than happy to arrange airfreight shipments, these are, says Paul, ‘occasional’, although three-five parcel jobs per week come through the department.

“We’re hoping to increase volumes from network members,” Paul emphasises. “There are plenty of opportunities for members to take their customer’s European and long-haul business: it’s just a case of making sure everyone knows about our international capabilities.

The IRHA is lobbyig the government to develop a driver apprentice scheme for HGV drivers. “The average age of a truck driver today is 48,” says Verona Murphy, president of the IRHA. “Young people are not coming into the industry: they see it as anti-social and governed by too much legislation. at the same time, demand for drivers is increasing.

“We want a driver apprenticeship scheme launched within the next 12 months to be fully funded by the government and hauliers will commit to employing apprentices in their business. Statistics show that 90% of apprentices continue to work with their employer beyond the official apprentice period. we want young people from the age of 17 – both men and women – to gain a professional qualification for driving heavy goods vehicles.” although there are other training opportunities available – from motoring schools, the Road Safety Authority, education and training boards and the Chartered Institute of Logistics & Transport Ireland – none offer a comprehensive programme covering all aspects of a HGV operation.

The apprenticeship scheme would increase the number of HGV drivers with relevant licenses and training coming into the industry, improvethe image of professional HGV drivers so that haulage would be recognised as a profession, rather than a trade; and provide a career path of progression and transferable skills for those who complete the course.

Core modules could cover road safety, safe driving practice and knowledge of vehicle operation and maintenance, but the scheme would also look at a range of driver-related activities, such as customs requirements, vehicle technology and telematics, and how hgv driving fits into multi-modal transport and the logistics chain.The three-year scheme would include on-the-job training, as well as classroom sessions.

The IRHA’s proposals, written by Johnathan Moloney and Seamus McGowan, IRHA treasurer and MD of TPN, has the support of a number of industry organisations, including the Irish International Freight Association, Road Safety Authority, CLF, IEA and CILT, as well as truck manufacturer Scania and TPN. It is expected that the government will give feedback on the proposal by the end of July.

New Driver For IRHA As Eoin Steps Down

Verona Murphy has become only the second woman president of the Irish Road Haulage Association as Eoin Gavin of Eoin Gavin Transport, Depot 130, finished four years at the wheel of the industry’s guardian body.

“I will still be involved in running the Irha,” says Eoin, who completed two, two-year terms, “but I wanted to give someone else a chance to guide hauliers and lobby the government for fairer treatment for transport companies.I think my greatest achievement was bringing the Irha back to its former glory of being a major lobby group,it is the only representative of the haulage industry in government. In November 2013, our lobbying convinced the government to introduce a fuel rebate for every haulier,which put €4,000 per truck per year back into the haulier’s pockets.

“But there are still major issues to address, chief among them being a reduction in road tax and a change in the way hauliers are taxed in general. We also need to ensure paritywith foreign hauliers, our members are charged £10 everytime they cross the border into Northern Ireland, but UK-registered hauliers can enter the Republic free of charge.”

Verona Murphy is well aware of the needs of hauliers. “The biggest issue is road tax,” she agrees. “The government has not moved forward with the industry; transport law and the way the industry is taxed remains the same as it was in 1956. Tax is based on unladen weight, whereas in the UK, trucks are taxed on gross vehicle weight. In addition, there are 20 different types of trailers and the haulier has to know the weight each one might be expected to pull. Hauliers have to guess the weight, so are likely to get it wrong at least some of the time. Worse still, the law says each haulier has to be taxed based on its heaviest trailer ,even though the company might have a complete mix of vehicles.

“We feel the law is ambiguous and draconian. The IRHA has lobbied the government very hard for a review of roadtax. We want to see a €900 annual tax for artics and €500 tax for other vehicles.”

Other issues Verona wants to tackle during her term as president include the development of an apprentice scheme (see page 5), recruiting young drivers to replace an ageing workforce, and the introduction of an entry charge for UK drivers crossing into Ireland, in the hope the two governments would then cancel all charges for crossing the border.

Legislation should change, too, she says. “For example,”she explains, “after 12 points, a driver will lose their license – and that includes points incurred when driving their car, rather than a truck. A driver can get three points just for being one-half a kilometre over the speed limit. We want to see drivers able to amass 24 points before losing a license, to reduce the time points stay on a license, and to have two licenses – one for car drivers and one for HGV drivers.

Verona has 25 years’ experience in the industry and currently is a partner in Drumur Transport, Co. Wexford.  After starting off in farming, she bought a truck in 1993 and worked as a sole trader, driving both within Ireland and to Continental Europe, before starting Drumur Transport in 2010