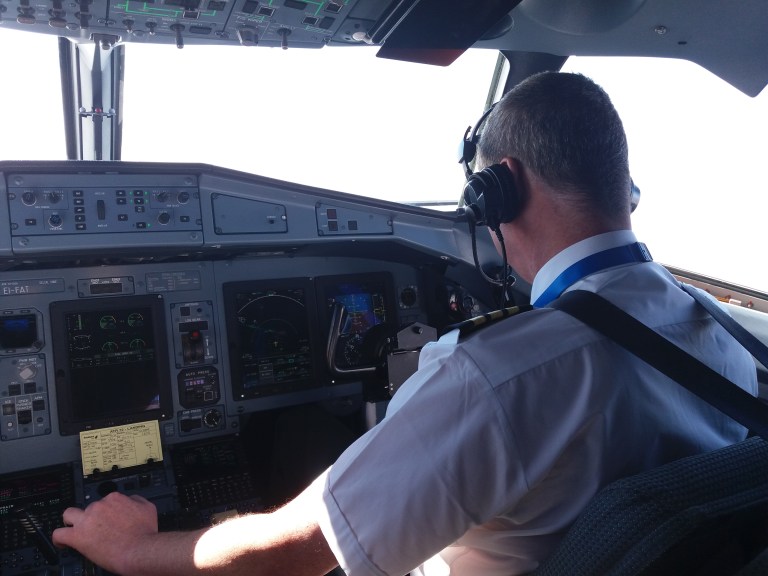 Barry Mullen worked for TPN for 10 years as a driver in the Dublin area, and was one of the top drivers there.  The customers loved him. We were well aware that he spent all his free cash on learning to fly.

When Barry sold his camper van to raise money to get a commercial licence, we didn’t take much notice.  We believed flying was a hobby, and Barry would continue to drive for us well into the future.

We could well understand why he loved flying, but when he came us to ask for a loan of €20,000 to cover his study, exams, and finals as a commercial pilot our first reaction was – why would we do this to lose our best driver?  On reflection, we thought that if this guy in his mid-forties has the ambition and determination to follow his dream and go for this, that we should help him and not get in his way.

So we gave him the money and were not sure that we would ever get it back.  But Barry made all repayment stages on their due dates.  When he finally left to go into full-time training, the repayments kept coming.

We heard nothing for a year until last week, when Barry walked into our office in his flight suit – now a fully accredited pilot with Stobart Air, based in Cork and chartered to Aer Lingus.

Barry’s love of flying has not diminished now that it’s his job.  As he commented, “I still can’t believe they pay me to do this”.  We’re not sure he ever said that about delivering pallets but who can blame him for that!